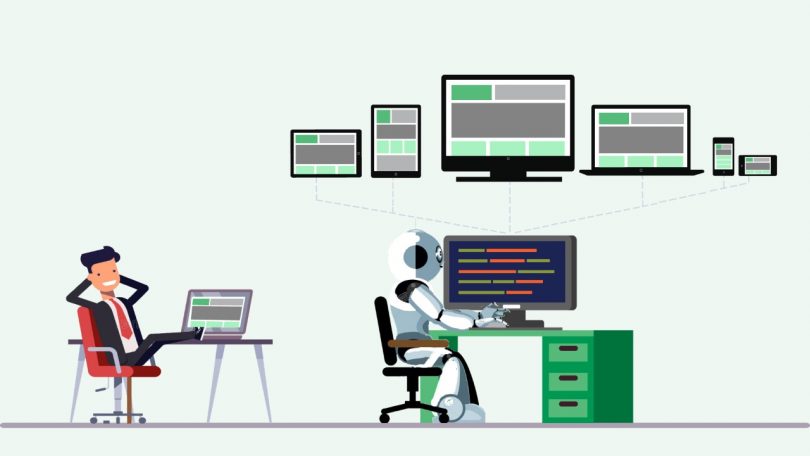 One of the most critical steps in the software development process is testing, which is also the final step. Developers cannot implement an application if testers do not test it thoroughly, as this helps in detecting all big and small errors present in it. Software testing is done in two ways, namely manual testing and automation testing. These methods are of great use in software companies, and they help design flawless software.

Test automation or automation testing is the method of running a few examinations on software programs. The system will execute these examinations automatically, and thus, testers can avoid manual interference. A person who conducts software testing is known as a tester, and his job is to ensure the software is running correctly.

Automation testing is of various types, and they define the variety of test suites a tester automates. Here is a close look into the types of automation testing commonly in use in the software world:

Developers design an application or software to serve business purposes. Functional tests are created to test a business logic running into an application. Testers frame codes that can automate these available tests to validate the application’s logic and usability.

Applications should meet the needs of performance, safety, and many others under the non-functional testing domain. A tester can either choose to improve based on the client’s needs.

A developer runs the unit tests on software after he is done with the development process. He needs to complete these tests before the tester takes over the system for testing the software.

A tester uses API tests while implementing an application. Developers can also run these tests before or after creating the user-interface of the software. API tests examine whether the application can effectively respond to all the requests made to it.

At the time of executing a test on an application, a tester runs the UI-based tests. Application testers run these tests once before receiving the UI of the software. UI tests help assess an application’s business logic and usability through its front end or the user interface.

Numerous myths revolve around the life of an application tester, and this portion of the article will address some of them:

It is a prevalent myth that a tester has to hear very often, and many people believe it. Software developers often fail to test their sets of codes and pass them over to a tester. The tester assesses them thoroughly and points out all the issues. Eventually, developers realize that their lives are incomplete without the presence of a tester. The former relies on the latter immensely and loses self-confidence with time.

However, the truth is that a developer can test his codes proficiently as a tester can. Software testing does not involve any magic and is not meant for a few blessed ones. Anyone can get it done using the correct technique and accurate testing methods.

Moreover, software developers should take an interest in testing the codes written by them. It will boost their self-confidence and reduce the burden of an application tester.

2. Automation Testing is Much Difficult than Manual Testing

You cannot deny that manual testing is different from automation testing, but they are meant to do the same task at the end. Manual testers often feel inferior to automation testers, and the latter boasts of it quite often. However, both testers’ job is the same, and they have to examine an application by any means. Many testers usually refrain from opting for automation testing methods as they feel it is challenging.

Automation testing involves some testing tools that eliminate the need to perform a task numerous times. It reduces the workload of a tester as a machine looks after the whole process efficiently. One cannot test a large number of microservices with various constraints. He needs the help of a tool that will process the work and get it done faster. This is the reason many manual testers are shifting to the automation domain for increasing their productivity.

3. Application testing means validating it through the user interface

Testers who are new in the job believe this myth that application testing means assessing all the elements present on its user interface. They try to examine all the UI components and figure out if they are working efficiently. It seems more manageable for them as they can check many applications faster by going through their front ends. However, this is the wrong approach and will not yield the desired outcomes while testing an application.

Software testing should include all significant test methods such as API tests, Integration tests, Unit tests, and Contract tests. Testers should also examine the safety standards of an application and detect the vulnerabilities present in it. Besides these tests, a few UI tests are also crucial to assess the functionality of the application. Testers can get the best result if they combine all these tests and carry them out effectively.

4. Automation Testing is Different from Development

Many automation testers believe that they should know the basics of coding for testing applications effectively. Although this is not enough, a tester should learn programming languages extensively or face various issues. In automation testing, a tester should thoroughly understand a set of codes to examine its functional and non-functional parameters. Therefore, he should have the skills of a developer to succeed in his job.

Moreover, a tester has to create accurate structures that can help scale the testing process and require in-depth knowledge of various programming languages to build UI, API, and contract automation testing systems. A tester’s job is not less important than a developer as they both need to work on the backend and frontend of an application. Therefore, both should receive the same amount of respect and value in the software industry for striking the correct balance.

5. A Tester Should Isolate His Work from a Developer’s

If a tester believes that he will separate his tasks from a developer’s and will not focus on the latter’s codes, he is highly mistaken. Software testing and development are two crucial steps of software creation, and they are inter-related. One cannot do without the other one, and a tester needs to understand this at the earliest. The modern-day software world does not include these misconceptions, and it calls for a healthy collaboration between devs and testers.

A tester should have complete access to the code of the application he is testing. It will help him understand how the application works and whether it meets the user requirements. Often, developers miss out on some vital components that a tester can detect by viewing the codes. This will help in creating the best application that stands out on all the parameters successfully.

6. Every Test Case Can be Automated

Developers often live with the misconception that every test case can be automated, but this is untrue. An application cannot be tested entirely with the help of automation test methods. Manual testers have a lot of scope in the assessment process, as various cases remain unattained in an automation process.

Besides automation skills, a tester has to apply some manual skills to ensure an application works correctly. Many test cases are prevalent that a tester cannot automate and will have to continue doing it manually. In many scenarios, manual testing seems easier than its automated counterpart, and a tester has to follow it.

Automation is not merely recording and playing back, but it is much more than that. Application testers record and play for understanding the code generation process of the automation tool. They should be pro at coding for executing test automation successfully.

Many software companies hire testers who have profound knowledge of coding as it is an integral part of examining an application. Besides testing tools, coding skills can be a savior for a tester while assessing software.